#1. Who is the author of this quote, “Let us always meet each other with smile. For the smile is the beginning of love.”

Nun and missionary Mother Teresa, known in the Catholic church as Saint Teresa of Calcutta, devoted her life to caring for the sick and poor. During her life Mother Teresa received more than 120 prestigious awards and honors.

#2. What President of the United States said this famous quote? “You cannot escape the responsibility of tomorrow by evading it today” 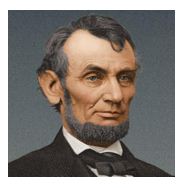 Abraham Lincoln was an American statesman and lawyer who served as the 16th president of the United States. Lincoln led the nation through its greatest moral, constitutional, and political crisis in the American Civil War.

#3. This famous World Leader, Sr. Winston Churchill said which of the following quotes?

He was British prime minister from 1940-1945 and again between 1951 and 1955. Churchill is best remembered for successfully leading Britain through World War Two. He was famous for his inspiring speeches, and for his refusal to give in, even when things were going badly.

#4. He is regarded as one of the greatest artists of all time, he is well known for his two remarkable paintings: The Mona Lisa and The Last Supper, his famous quote is 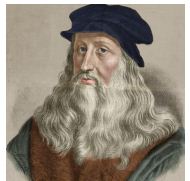 #5. Franklin D. Roosevelt, 32nd U.S. President said this famous quote, “THE ONLY THING WE HAVE TO FEAR IS FEAR ITSELF” at what forum? 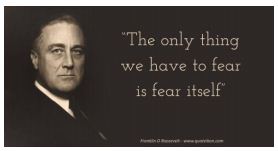 #6. What Actor, who won two consecutive Academy Awards said this famous quote “NEVER GIVE UP BECAUSE YOU NEVER KNOW WHAT THE TIDE WILL BRING IN THE NEXT DAY.” 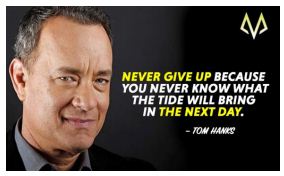 #7. This Nobel Prize Winner believed “A person who never made a mistake never tried anything new.” 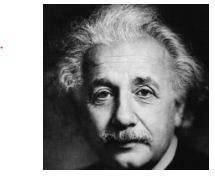 Albert Einstein was a physicist who developed the general theory of relativity. He is considered one of the most influential scientists of the 20th century.

#8. This successful talk show host inspirational quotes include, “Turn your wounds into wisdom. Luck is a matter of preparation meeting opportunity.”

Oprah Winfrey is best known for her talk show, The Oprah Winfred Show, broadcast from Chicago which was he highest-rated television program of its kind in history and ran in national syndication for 25 years from 1986 to 2011. She is North America’s first black multi-billionaire.

#9. This famous athlete played 15 seasons, winning six championships, he is known for this famous inspiration, “Obstacles don’t have to stop you. If you run into a wall don’t turn around and give up. Figure out how to climb it, go through it, or work around it.”

Michael Jordan, professional basket player for 15 seasons in the NBA winning 6 championship with Chicago Bull, Principle owner of the Charlotte Hornets. He was one for the most effectively marketed athletes of his
generation and was considered instrumental in popularizing the NBA around the world.

#10. This popular American Singer is known for narrative songs about her personal life, she once said, “No matter what happens in life, be good to people. Being good to people is a wonderful legacy to leave behind.” 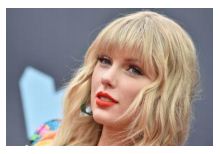 Taylor Swift, at age 14 she became the youngest artist signed by the Sony/ATV Music publishing house and, at age 15, she signed her first record deal. Swift was the sole writer of her 2010 album Speak Now, which won two Grammy Awards and was her first to debut with over a million copies sold in the first week in the US.